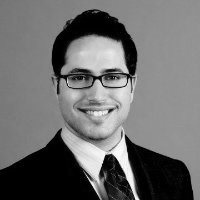 If you would like to reach Bassil Madanat directly, please email him at bassil@ruttenbergiplaw.com.

UC San Diego, BS, Physiology and Neuroscience, with a second area of focus in Spanish Language, 2008